Help spread the word, not the virus!

How to order COVID-19 Test Kits beginning January 19, 2022
• Access the test kit ordering form at the website www.covidtests.gov
• One package of four COVID-19 rapid test kits can be ordered per household
• Assist community members in placing an order for their household
• Include with your order an optional email address if you would like to track your package

Dr. Richard Watkins, a respected virologist and a member of St. Joseph CME Church of Chapel, N.C., has agreed to coordinate CME responses - in collaboration with the Conference of National Black Churches (CNBC) - to COVID-19 related needs.

Please take the very short survey he has prepared and that has been forwarded to you in this email. It will be important for the data he needs.

Thank you very much.

COVID-19 Information and Resources are here.

View via Zoom or the CME Facebook Page: https://www.facebook.com/thecmechurch.

The 2022 General Conference of the Christian Methodist Episcopal Church

American Airlines Discounted Airfares to the General Conference
TRAVEL DATES: June 21, 2022 - July 4, 2022
4% off published fares (excluding basic economy and non-discountable fares)
Authorization Number: A2962GB
The discount can be booked on-line at www.aa.com for AA/AE flights only. Use the Authorization Number noted above without the preceding A as the AA.com. You will need to input the Authorization Number after submitting your travel information.
For ten or more travelers on a specific flight, space must be blocked by AA Group & Meeting Travel and is subject to a deposit. Noncompliance is subject to space cancellation

Register in advance for this meeting:
https://us06web.zoom.us/meeting/register/tZUtcO6rrDMvGtNqzUhIJVClDdT9JY3db1-3
After registering, you will receive a confirmation email containing information about joining the meeting.

Register in advance for a free Evangelism and Missions Packet while supplies last!
https://us06web.zoom.us/meeting/register/tZYsdOGvrzMsGtdRsvN85r2N2bmMMFbmqJQh
After registering, you will receive a confirmation email containing information about the free Evangelism kit.

The Communication and Information Technology (CIT) Connectional Department is sharing virtual ministry resources for connectional members, local churches, Districts and Episcopal Districts to use through this season of social distancing due to the COVID-19 virus.

View online Candidate Vendor Package and Campaign Material Distribution To All Candidates for an Elected Office at the 39th Quadrennial Session and the 40th convening of the General Conference of the Christian Methodist Episcopal Church, June 25, 2022-July 1, 2022.   Bishop James...

View online A Call to Move Forward Rev. Dr. Leon C. Moore, Jr. When the quadrennial theme “Getting Back to Basics as We Envision Our Way Forward Taking Care of God’s Business” was shared by Bishop Bobby Best and the College of...

View online Dear CME Family,    Greetings in Christ! The Connectional Young Adult Ministry, of which Tiffanie Thompson is president, has produced this Devotional Guide for Lent as a ministry to the Christian Methodist Episcopal Church. I pray you will join me in receiving and appreciating their contributions...

INFORMATION BLAST:  GENERAL CONFERENCE 2022 INFORMATION FROM THE OFFICE OF THE EXECUTIVE SECRETARY OF THE CME CHURCH   Welcome to the 39th Session and the 40th General Conference of the Christian Methodist Episcopal Church! This correspondence is designed to inform you of...

“When We Look Back”; A Symposium on the Archives and History of the Christian Methodist Episcopal Church

The 5G Youth Xperience! A Back to School Revival Across the Denomination Saturday, August 28, 2021 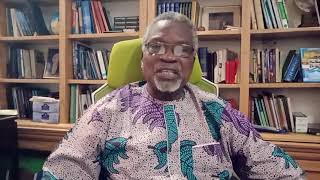 Bishop Godwin T. Umoette: Touching Base: Connecting With The Connection 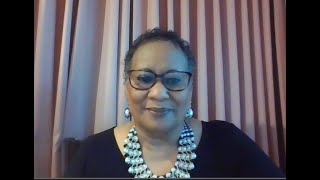 Bishop Teresa Jefferson-Snorton: Touching Base: Connecting With The Connection 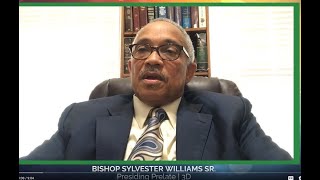 Bishop Sylvester Williams, Sr.: Touching Base: Connecting With The Connection 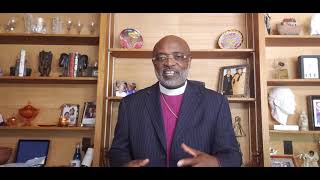 Bishop James B Walker: Touching Base: Connecting With The Connection 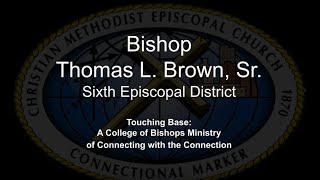 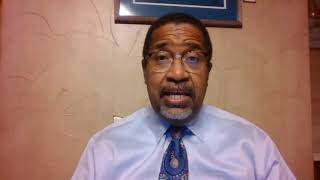 Touching Base: Senior Bishop Lawrence Reddick Connecting with the Connection 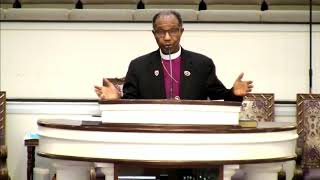 Sign Up Here For Email Messages from CME Church Communications.

The CME Church has more than 1.2 million members across the United States, and has missions and sister churches in Haiti, Jamaica and fourteen African nations.

The mission of the Christian Methodist Episcopal Church is to be disciples of Jesus the Christ by serving individuals, communities and the world as the representative, loving presence of God and as witnesses to God’s salvation and grace.

The vision of the Christian Methodist Episcopal Church is to be a transforming church for Jesus the Christ within a changing world.